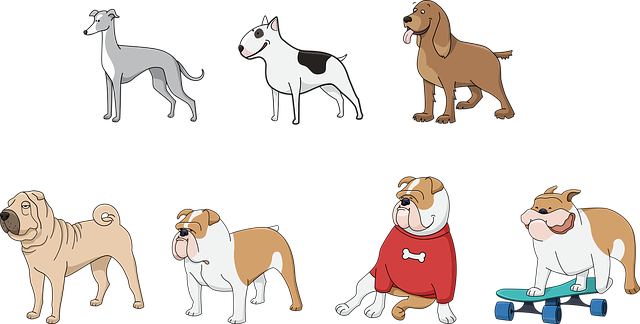 This post has thus been modified with updated links accordingly.

Note that, thanks to darry19662018, you can find more information regarding forum-created distributions at:

The original Puppy Linux Forum generously provided by the late John Murga expanded over the years.

It provided support for not only Puppy distributions, but also a number of similarly small and flexible distributions, which were inspired by Puppy and generally provide some of the look-and-feel and functionality of Puppy itself but using other distribution methodologies, such as for example being based on unique container system, Debian Live, Linux From Scratch, Tiny Core Linux, or Slitaz etc. Furthermore, everyone has the right to create or remaster (make a ‘spin’ or fork) her or his own distribution and bring it to the attention of the Forum.

In view of the above, forum users should be particularly careful to:

I. Post any comments, questions, bug reports etc… about any particular distribution in the specific sections/threads assigned for that distribution. Carefully posting in appropriate threads helps avoid confusion and avoids thread moderators having to waste time answering or re-directing inappropriate questions or comments. Each distribution has its own thread in either the Derivative Section, the Projects Section or the Cutting Edge Section.

II. Always mention the exact Puppy (or Puppy-like) distro that you use / ask about, along with the version.

The following is not intended to be exhaustive, but rather to provide an overview of the diversity described above.

Amongst the downloadable distributions you can find in various sections of the forum are:

Please refer to https://puppylinux.com/download.html for a list of the latest woof-CE built puppies.

Puppy Linux has been developed following on from the design of its originator, BarryK.

Though the underlying operation, boot mechanisms, major control scripts etc, of Puppy Linux are unique, it nowadays comes in multiple flavours such as individual versions that use Debian, Ubuntu, or Slackware libraries and application repositories as part of their operating design. Nowadays, official Puppy Linux distributions are assembled via a build system called woof-CE. In addition, various individuals create their own specialised versions of Puppy Linux by remastering woof-CE built Pups.

Some information about Puppy remasters, and about Puppy gatekeepers’ view on the relationship between Puppy itself and the other distributions mentioned in this post can be found in Puppy Frequently Asked Questions, here:

You can find more information about Puppy here:

“EasyOS is designed from scratch to support containers. Any app can run in a container, in fact an entire desktop can run in a container. Container management is by a simple GUI, no messing around on the commandline. The container mechanism is named Easy Containers, and is designed from scratch (Docker, LXC, etc are not used). Easy Containers are extremely efficient, with almost no overhead – the base size of each container is only several KB”.

EasyOS is created and maintained by BarryK, the originator of Puppy Linux.

You can find more information about EasyOS, including download links, here:

“Note: Fatdog uses the same packaging as Slackware (in fact Fatdog adopts Slackware package management tools) but is not based on Slackware so while you can install Slackware packages, they may or may not work. TXZ packages are used starting with Fatdog 700”.

You can find more information about FatDog, including download links, here:

Please refer to https://debiandog.github.io/doglinux/ for a list of the latest Debian/Ubuntu-based Dogs.

“DebianDog is very small Debian Live CD shaped to look and act like Puppy Linux. Debian structure and Debian behaviour are untouched and Debian documentation is 100% valid for DebianDog. You have access to all debian repositories using apt-get or synaptic”.

The Debian/Ubuntu-based Dogs do however also come in several flavours being specially crafted from official Debian or Ubuntu official distributions; nowadays using official debootstrap script and then modified in-house by current maintainer(s).

You can find more information about these various “Debian/Ubuntu Dogs”, including download links, here:

A downloadable build system (script) has also been created by TazPup's originator.

TazPuppy currently does not have its own website. Instead you can find information including download/build-system information for it in its main forum thread here:

the reason is that tinycore is a minimal and modular system that allows modifications to be snapped in and out like leggos”.

CorePup currently does not have its own website. Instead you can find information for it in its main forum thread here:

WeeDogLinux can be as large or small as you like, being any resultant distro created using the simple two-script FirstRib core build system (build_firstrib_rootfs and build_weedog_initrd). A working internet connection is required to complete the build. Unlike most build systems, the default smallest WeeDog build time (including download) takes only a matter of minutes.

NOTE: For simplicity, when no iso is provided, WeeDogLinux now also provides a single build script (for example: make_Arch_amd64-openboxFull_latest_rc7.sh) which does everything else for the user (it downloads any addition extras and auto-runs the underlying build_firstrib_rootfs and build_weedog_initrd scripts with the correct build parameters for the particular distro flavour being built). The build result is a typical well-understood frugal install which can immediately thereafter be booted via your grub4dos menu.lst or grub2 grub.cfg. You can find current downloadable iso(s) and make_xxx auto-build script via the Release Announcements thread here:

Note also that WeeDog Linux is not derived from Puppy Linux, and does not use aufs for its provided (typical frugal install) facilities, but was originally discussed in one of the old Puppy forum threads since I was a longterm regular on that forum. Indeed WeeDogLinux initrd system is fully independent, but WDL does currently rely on the full-multiuser-capable upstream repos of its ‘flavour’ distributions (being currently: Arch Linux, Void Linux, Ubuntu, Debian, Devuan, SliTaz). A major plus is that it also can use the official package managers of these repos allowing full solid and reliable multi-user compatibility with upstream, whilst providing lowest CPU and RAM usage performance.

The philosophy employed in FirstRib design is to keep all scripts short, simple, and modular, such that they are easy to read and understand, and thus easy to modify, develop, and maintain.

A key aspect of FirstRib build design is to use only two components to build the rootfilesystem: busybox + a native standalone static compiled package manager (currently Void Linux xbps package manager and for debian-based flavours: debootstrap). That design inherently allows FirstRib to construct a fully upstream- compatible root filesystem of any desired complexity, from that of a commandline only system, up to full desktop supported natively by the upstream distro repositories. A simply implemented optional plugin facility is also provided, which allows any developer to provide their own recipe additions for any desired-complexity of the resulting final build.

The build WeeDog initrd shell script is also short and simple by design, including generation of a short and simple initrd/init which uses overlay filesystem to provide frugal install save persistence, typical load squashfs capabilities (including currently unique ability to load uncompressed physical directories into the layers hierarchy), and copy2ram option:

Even the smallest WeeDog build includes ethernet or wifi connection capability. Thereafter, it is only a matter of installing additional packages (individually or, for example, via Void or Debian-based Linux meta-packages) to turn the system into a full X gui desktop. The result is a flexible, build-it-yourself-how-you-wish, generally highly CPU-efficient, low RAM usage system.

Another major feature of FirstRib WeeDogLinux, is that users are encouraged to build their own version via a provided user-build-plugin system:

“User build-plugin contributions are encouraged and greatly appreciated and will be published on WeeDogLinux forum and/or via WeeDogLinux github site. Please embed your name as contributor along with plugin revision date via header comments inside the plugin file. Let me know if a published plugin has omitted your contributor-name/revision-date and I will add these in:”

You can find more information about FirstRib creation of WeeDog, including download links, here: